‘Dealt with’ by Ryanair 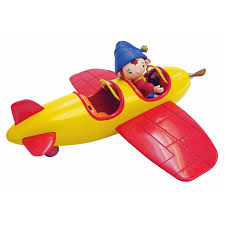 We recently went on holiday for a week in Spain and the package included flights with my ‘favourite’ airline. I always like to think that the holiday starts the moment I’ve dropped my bags off at checking – the airport lounge and the flight are supposed to be relaxing.
After moaning and groaning about the impending disaster I have to say the outward journey was reasonably OK. I did have to point out a small child who had got out on the tarmac without being noticed by the gate staff but actually we ended up sitting together and had a pretty comfortable flight.

The return journey was a different story. The flight was due to be at 8.35 pm and we were all called to the gate at around 8 o’clock. The queue was snaking down towards passport control and there were probably 30 people who had paid the extra to be priority boarded in a separate queue. Delightfully even the queue represents a money-making opportunity as three people went up and down it offering a prize draw for giving information. At ten past 8 the gate opened and the priority passengers went first down the ramp to get on the airbridge to the plane. Unfortunately the plane had only just landed and been brought to the airbridge so they were stopped at the top. The sun was still quite warm and so the ramp was a little greenhouse. When the ramp was full the desk at the gate stopped any more people going down to the plane. We stayed in this configuration for around 45 minutes with no announcements at all other than a final call for last passengers. We were still outside the ramp at this stage waiting to have our boarding cards checked and were glad we hadn’t paid the additional money to be a priority.

The passengers from the incoming plane got off and after a further fifteen minutes it looked like someone came off in a wheelchair. It could be that this caused all the delay but there was still no announcement. Finally the ramp was allowed to board the plane and everything started moving at the top again. The gate staff though began checking bags to see whether they fitted in the frame they have. Now I agree with the principle of this but surely a visual check is adequate under these circumstances? A poor family in front of us was taken to one side while a guy with a massive rucksack just walked through. The sole purpose of this exercise is to wring a few more pounds out of the passengers.

When we finally got to the plane I was astonished that we weren’t greeted with an apology. Instead the crew announced that “the Captain has advised that we need to be seated and airborne within 8 minutes or we could be here for some time”. This farce continued with “we need to be airborne within 4 minutes or we could be here for hours. Take the first available seat and we can play musical chairs later”. Seriously, this is verbatim what was announced. We just had to laugh both at the incredible slow ticking clock and the comedy that anyone thought the plane could be in the air in that time – they must think we had never flown before. When we got seated and belted we had the safety announcement and the cabin steward announced “we would appreciate your attention AND SILENCE while we run through the safety features of this aircraft”. We finally took off at around quarter past nine and bizarrely landed ahead of schedule (which merely suggest such fiascos are so regular that they build them into the schedule). Still no apology but the parting announcement was along the lines of, this plane is on a tight turnaround can you get off quickly.

Ryanair may not be responsible for the crew that handled the checking gate and the unfortunate person in the wheelchair is unavoidable. They are undoubtedly, as their slogan proudly announces, ‘Cheaper’. At the same time they totally fail on offering value for money.

I looked at their website to see what sort of people they recruit. The criteria for cabin crew are:
Used to dealing with the public and comfortable in a selling role (I like being ‘dealt with’, do you?)

My experience this time sums it up – when everything goes well, i.e. the outward journey they are pretty much like any other airline. When things go badly i.e. most other journeys -you feel like you need a bath afterwards.

/kʊk/ Not a chef, not an epicure, not a foodie. Just one who likes to prepare food – What really happens in the kitchen and on the high street is what I write about. Follow me on Twitter @Justaukcook and on https://www.facebook.com/justaukcook
View all posts by justaukcook →
This entry was posted in Opinion, Review and tagged customer service, Ryanair. Bookmark the permalink.

1 Response to ‘Dealt with’ by Ryanair