Where we live – Option B if we really must 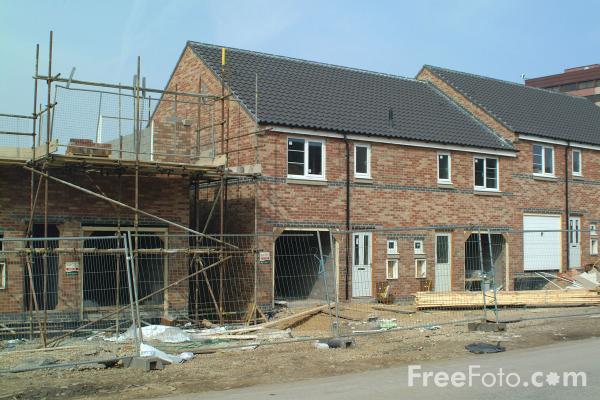 With 400 new houses to be built, my thoughts turn to where in Ashbourne I would like them to be.

I find the thought of the need for 400 new houses difficult in the first place. Why do we need them. This isn’t about a population increase of 20% over the next 15 years (or oughtn’t to be) at the same time we know that families that used to live together now break up with children moving off to live on their own. We should possibly think about whether we want to encourage the bad side of new houses – debt, isolation, lack of support for families with young children, lack of support for the elderly. Surely at some point Government’s role, rather than just calculate how many new homes will be needed if the inevitable Malthusian curve continues, is to think about we want as a society.

A second challenge is that the consequence of what we have seen over the last few years is a serious mismatch between what we need from housing and what we actually have. We have many underoccupied properties. This brings me back to the question of green- and brownfield development. The purpose of the Settlement boundary in Ashbourne is to indicate the area within which the town exists and to discourage development outside that boundary. The first act in the Options listed by DDDC is to push back the boundary it seems rather than be creative in trying to redevelop existing housing stock. Perhaps we should take a leaf out of some of the really good examples of recycling (for example at the bottom of Old Derby Hill and at the traffic lights on Belper Road). With good architecture and innovation there are many more houses of the right size which could be created within the existing boundaries. With right incentives for developers we could end up with some really interesting architecture and another reason to put Ashbourne on the map. For example:

I do think it is a shame that, because we don’t have a clear vision of where the Town is heading, most people in the Town will see the arrival of 400 new homes as a threat to the environment we enjoy. I really wish we had a plan that meant something to all the residents of the town which embraced inevitable and desirable growth. With the right leadership this could be viewed as a success for Ashbourne in attracting 400 new “members” of the team.

Of course none of these ideas will be considered as part of the current round of discussions and so it comes down to choosing between the options. For me it is simple – always use brownfield land and protect our countryside and so the airfield is the right location as far as I am concerned. The builders will need to overcome the issues of distance from the town centre but none of this is insurmountable. There are already some parts of Ashbourne within the Settlement Boundary where this is an issue.

At the same time however I would hate to see the new housing snapped up straight away by landlords to rent or offer as holiday homes and I would also want to see some real incentives for people to convert their home into more than one dwelling to free up some of the redundant excess capacity we already have within existing dwellings.

/kʊk/ Not a chef, not an epicure, not a foodie. Just one who likes to prepare food – What really happens in the kitchen and on the high street is what I write about. Follow me on Twitter @Justaukcook and on https://www.facebook.com/justaukcook
View all posts by justaukcook →
This entry was posted in Opinion and tagged ashbourne, Brownfield, DDDC, Greenfield, Housing, Settlement Boundary. Bookmark the permalink.