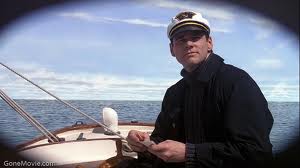 All coverage of the London Olympic Games is provided by the Olympic Broadcasting Service based in Spain. they have used 1,223 cameras wired up with over 1m metres of cable. Their job is to provide general, unbiased footage of the sport to all the countries around the world taking the feed. The BBC then nips in to provide its own “journalist to camera” pieces and edits the feed where needed. To that extent the BBC is at the mercy of OBS in what it provides – not just the pictures but the on-screen graphics too. The week began badly with some poor coverage of the cycling men’s road race when the reporting of the gap between leaders and chasing pack disappeared at a crucial time.

They have experimented with some innovations however:

Superimposed images – In the pool they maintain a line showing the world record pace so that you can easily see how fast the leader is going. They also have country’s flags on the lanes when they finish and before they start on the athletics track.

Minicams – these seemed to add the least to the viewing experience. A roving camera on the boats pointing at the sailor just made it look like a round-the-world solo sailing attempt or The Truman Show. The other obvious examples are the behind-the-ring in the basketball and in the long jump pit. I just think OBS got to 1200 cameras that they really needed and then realised they had 23 left over. I did like the ones scurrying along the floor of the pool though.

High definition cameras. These have been fantastic in several events to really pick out the detail of exertion in a number of events when the action is slowed right down.

Martial Arts effects. Not sure what the technical term is for this but I’ve seen these in things like Kill Bill and Crouching Tiger. They used it extensively in the velodrome where a group of cyclists would go past in slow motion and then the film would be sped up to extra fast before slowing to slow motion on the chasing group. Gimmicky and, quite honestly, confusing at times. The 3D effect on the vaulting in the gymnastics I liked. The vaulter would be paused in mid-air and then the camera rotates round to see it at different angles. Not sure how it’s done but it gave a different dimension. You would have expected it to be widely used at the Taekwondo.

As far as on-screen graphics was concerned the GPS from the sailing was a great idea but seldom seemed to be accurate. If only they’d used it for the cycling road race…

/kʊk/ Not a chef, not an epicure, not a foodie. Just one who likes to prepare food – What really happens in the kitchen and on the high street is what I write about. Follow me on Twitter @Justaukcook and on https://www.facebook.com/justaukcook
View all posts by justaukcook →
This entry was posted in Uncategorized and tagged bbc, My Olympic viewing, OBS, Olympic Broadcasting Services, The Truman Show. Bookmark the permalink.