Hacking away over many years

Posted on November 9, 2013 by justaukcook 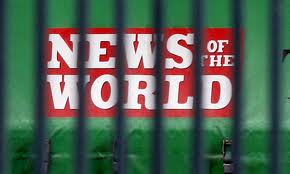 I’ll be honest: I don’t think phone hacking is such a big deal. I also didn’t really know that it was illegal. I also fully expected that hacking and worse was part of the investigative journalist’s armoury. I also think that the real issue here is about HOW it was used.

Investigative journalism plays an important role in our society. It’s one of the good guys protecting us from the misuse of power and authority. I want people to be able to get to the truth of fraudulent politicians, criminal gangs and controlling big businesses. If phone hacking is one of the tools needed to get to the heart of the issues so be it. Sometimes its the only way to prevent things happening and it’s why the police have had the power to phone tap since the phone was invented.

The issue here isn’t phone hacking – it’s the choice of targets and the degradation of the journalist’s profession. Noone would argue that hacking the phones of victims of crime, their families, and celebrities is anything but abhorrent. Journalists used to have a good sense of what the story was. They would then use their skills to investigate – talk to people, research – and then craft their 500 words to bring the story to life. If they came across an interesting angle they would be at pains to find a second source before printing.

Something has happened in the last 20 years. There used to be a code of honour. Journalists knew about a lot of showbusiness affairs and politicians indiscretions but the “open secrets” stayed just that. This is why I never actually realised Freddie Mercury was gay until he was dead! It wasn’t relevant to the story.

I think there have been some major shifts over that time. Firstly the majority of “journalism” is now entertainment rather than news. The standard of writing is declining and celebrity columnists are hired to shock. They’ve clearly achieved it – Melanie Phillips and Jeremy Clarkson made it into Anders Breivik’s manifesto. But what do you expect if, instead of reporting facts, you play to the crowd that pays your wages?

The second change is that journalists have become, or have been forced to become, more competitive. I heard an older hack on the radio saying that when he was coming through the journalism ranks he was told that if he had one genuine scoop each year he would be doing well. Now it seems that instead of journalists relying on their skills in reporting news to occasionally uncover something revealing, they are missing out the news bit and just hunting for the scoop.The pressure is being exerted and reinforced by the editorial hierarchy.

The third change is with us. We have accepted what has gone on and seen news as entertainment. I remember seeing this in the US and Australia over ten years ago. All of a sudden the battleground for TV station market share was the news programmes. There were big splashes in this country when the BBC news had a new set! One implication if this is that there is more news time which needs to be filled – but there isn’t more news. When we have 24 hour news coverage and live TV feeds of floodlights trained on the cornered Raoul Moat, or the helicopter following the OJ Simpson car what are we expecting to happen? Its like watching F1 for the accidents.

The moment we saw the headline It’s The Sun Wot Won It we should have seen the signs. We only have ourselves to blame for phone hacking by accepting gossip and lies as news and never giving a sanction. We love the gossip and scandal of celebrities and then pretend to be shocked and upset when the inevitable collapse happens.If you think its not true just analyse the newspaper you read or news program you watch today. Count how much is really news and how much is supposition or a rehashed by someone competing for attention. Think about whether you believe it purely because its created by someone calling themselves a Journalist “so it must be true” – you do realise they have no certification or regulation in the way that the true professions have?

The real victims of all of this are those who were hacked and had their conversations reported. More immediately there are hundreds of hardworking administrators, printers and drivers unemployed today thanks to the stupid pride of one woman.

/kʊk/ Not a chef, not an epicure, not a foodie. Just one who likes to prepare food – What really happens in the kitchen and on the high street is what I write about. Follow me on Twitter @Justaukcook and on https://www.facebook.com/justaukcook
View all posts by justaukcook →
This entry was posted in Opinion and tagged journalist, notw, phone hacking. Bookmark the permalink.

2 Responses to Hacking away over many years