When Lewis Rose To The Christmas Challenge 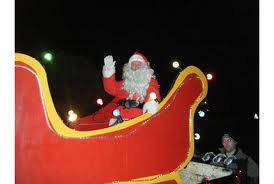 “Now Lewis” said Santa as they walked to the sleigh

“Are you certain your planning is ready today?”

Good question indeed for with gifts far and wide

One tiny mistake and there’s nowhere to hide.

But Lewis insisted, as they headed south-west

That five years of planning was up to the test.

The qualified elves had studied the maths,

They’d Googled the streets and the roads and the paths.

They said and then started to shuffle away.

They first sensed the trouble with Ashbourne ahead

It wasn’t as lively as people had said

The regular cafe for sherry and pies

Was closed, leaving Lewis to look to the skies.

Why would this happen if no-one objected?

Did no-one complain to those they elected?

The car park was empty, quiet and damp

But wardens attacked Santa’s sleigh with a clamp!

As they unloaded gifts in the cold and the rain.

The streets weren’t the same: the shops were reduced

Something had happened they quickly deduced

Where folk had a car but nowhere to park it

They had a Square car park where once was a market.

Onward they trudged to the sleeping estates

Dropping down chimneys and landing in grates.

And Santa and Lewis were ready to rest.

But when they looked up as the final one dropped

They saw just more houses where once they had stopped.

“Lewis” said Santa “who are the fools

Who build hundreds of houses without any schools?

and doctors, and flooding, there’s no need to rush!”

“I spoke to the experts in Lapland today”

Said Santa “These people in Ashbourne are better

Than jobsworths who only can work to the letter

If I want something doing, I’ll do it myself”

/kʊk/ Not a chef, not an epicure, not a foodie. Just one who likes to prepare food – What really happens in the kitchen and on the high street is what I write about. Follow me on Twitter @Justaukcook and on https://www.facebook.com/justaukcook
View all posts by justaukcook →
This entry was posted in Opinion and tagged 400 homes for Ashbourne, ashbourne, Christmas, poem. Bookmark the permalink.

4 Responses to When Lewis Rose To The Christmas Challenge