We all have a part to play in school success 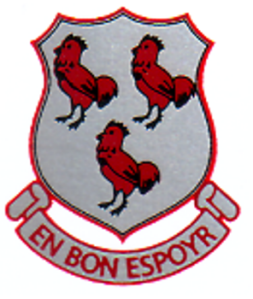 This is a tense time for students everywhere. As the examination results come out there are tears and hopefully smiling faces too. It isn’t just the students – the parents and the teachers share the agonising wait and provide the back-slapping or the support afterwards. The Head will be looking at the results from other schools and comparing with previous years. There is then the anxious start to a new term.

QEGS was one of the main reasons we moved to Ashbourne many years ago. We moved from an area where the local schools had poor reputations and we didn’t want to go for a private option. We relied on league tables to judge the school and QEGS had sustained high result for many years at that stage. Schools are an almost unique phenomenon in that they rely on students to do the work and teachers and parents are the key supporters. If any one component of that team fails then the school will struggle too. While the teachers generally stay the same the pupils and parents pass through. In the kind of timeline QEGS is used to though, the teachers, heads and governors are all just temporary too. Another wavering influence, Government, plays a major role as the examination regime, inspection and syllabus comes from them. Government action created an opportunity for QEGS too. One of Dr Wilkes’s final major decisions was to make the school an Academy which gave more autonomy to the Head in running the school.

Something went wrong over the last few years and it is going to take some time to put it right again.

The impression I had was that QEGS concentrated first and foremost on the values they instilled in the children in the belief that the rest would look after itself. It had a pride about the place that made parents feel fortunate to be able to send their children there, pupils felt part of a community and were sent out into the world as good citizens who looked back with fondness.

I was a parent of children at the school when the Ofsted report exposed the academic problems and the failings with regard to the way children with Special Educational Needs were developed. It dug deep and showed that the results being achieved were below average when compared to schools of the same type and there were severe criticisms of some teaching. What surprised me at the time wasn’t the Ofsted report but the response of the new Head Mrs Martin. Her response was that she knew this was the case. When she joined the school she did an assessment herself and realised there were some challenges to be overcome. At the time though a growing number of parents were expressing their own concerns about specific teachers and the way setting for subjects was carried out and they were regularly rebuffed or ignored.

Whether the Academy status has changed the landscape I don’t know, but the marketing of the school has now taken a much bigger profile where self-confidence and reputation would suffice. For example, the Ofsted report was released to parents with a “wrapper” which pulled out all of the good things in the report and mentioned none of the significant negative aspects: the summary whitewashed the report – it set the wrong tone for me.

What was good though was the recognition that there needed to be change. Mrs Martin set about a root and branch overhaul. There were new appointments and retirements aplenty and a different school emerged. The teaching element of the school “team” has gone about its business of changing the plan. In some ways I suppose it gave the new Head the opportunity to drive through changes she felt she wanted to make a little bit quicker than otherwise may have been possible. It’s not perfect in that undoubtedly, as in all places of work these days, there are and probably always will be, people employed or promoted who are not up to standard. The many lucky parents who can afford to compensate for the teaching failings will just have to carry on using private tutors until it is fixed sadly.

What of the other two parts of Team QEGS? My own view is that the pupils have never worked harder. When I think back to the levels of workload in my day at a comparable school I see a significant improvement in the attitudes to work. What has got far worse is behaviour in the classroom. My understanding is that typical behaviour now in a secondary school classroom anywhere is disruptive, disrespectful and sometimes violent and of a standard which would not have been accepted previously. This Pandora’s box was opened a long time ago and is one of the unspoken problems we have in modern Britain. The consequences for teachers who want to teach and for those pupils who want to learn are devastating. This is not an issue for the teachers to solve in my view. Their job is to teach well and caringly. The lack of discipline is the job of the parents and the pupils themselves. Until we address this properly we are never going to be able to educate as well as we ought and the best people will not be drawn to teaching in the public education sector as a matter of course. Don’t get me wrong – there are some amazing teachers at QEGS who inspire their classes and provide a wonderful role model but they are doing this through their own self-motivation and I take my hat off to them. They deserve an easier task.

And this leaves us; the parents. Our duty as far as the school is concerned is threefold in my opinion:

Firstly, and fundamentally, we should ensure our children and grandchildren value, attend, engage with, and behave at the school we are all paying for.

Secondly, we should all be interested in what QEGS does and put our views forward. We should rattle the local and national ballot boxes accordingly – it astonishes me how simplistically the topic is treated at election time – but we should also engage directly. QEGS is not a teacher’s cooperative or a private business and it plays an enormous role in the future of Ashbourne. It was an asset to the town of the first Queen Elizabeth and it will remain so long after the current Head, teaching staff, parents and pupils are gone. There is no single “right way” – how easy it would be if this was the case. I’m sure Mrs Martin would welcome some advice and assistance in protecting a true part of Ashbourne’s heritage. She will have detailed insight into the legal and financial constraints for which she is responsible but this still leaves latitude for creativity and customisation. This may not always be comfortable because everyone involved will have an opinion and the skill of any manager is to use the team to get better decisions not just to sanction their own. The decision to make the school an Academy was taken with consultation but, as a parent, I will freely admit I didn’t take enough time to educate myself to make an informed decision about the significance and went unquestioningly on the advice from the Head and the Governors. It deserved a much greater debate in my opinion. I think this crucial equal and regulating connection between school and community fails in many towns. Too often around the country there is an approximation based on cosy Governors and weary fund-raising PTAs which leaves the poor Head having to make decisions they can’t be qualified to make.

Finally, education is about looking after the needs of every child and we know far more about our own children and what they need emotionally than any teacher, and possibly even the pupil, could ever hope to. There will always be “blips” and the real operational challenges of running a large enterprise. School is also about growing up and the child themselves dealing with some of the issues. If we can help the school by complying and conforming we should do but when there is a real concern and compromise isn’t working we need to make it known to the school – and they need to listen and deal with it effectively.

We are fortunate that the heritage legacy for QEGS is strong. It will get over the last Ofsted report and any other stumbling blocks along the way. The Sixth Form, the Arts and Sports offer tantalising clues as to what a successful Team QEGS could produce. In those three areas most of the barriers caused by weaknesses in performance from any of the team members are removed – classroom behaviour, passion for  the activity, and development of life skills are all prominent and Team QEGS is exceptional at delivering very high performance. Our sports teams, British industry, the Arts Festival, and local enterprise all benefit. Our job is to aspire to the norm that every child gets an optimal outcome from our education system and not settle for anything less. The school motto translates as “In good we hope”. Imagine what results we could achieve if we could just solve the behaviour problem once and for all? How much happier would the daily life of teachers, parents and pupils be?

/kʊk/ Not a chef, not an epicure, not a foodie. Just one who likes to prepare food – What really happens in the kitchen and on the high street is what I write about. Follow me on Twitter @Justaukcook and on https://www.facebook.com/justaukcook
View all posts by justaukcook →
This entry was posted in Opinion and tagged Academy, ashbourne, heritage, OFSTED, PTA, QEGS, School Governors, Special Educational Needs. Bookmark the permalink.