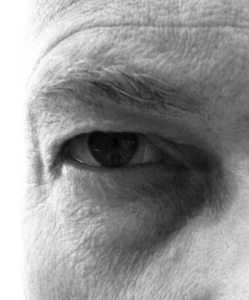 Ashbourne Town Council accepted a request by a local paranormal investigation group to take a look at the Town Hall. The coverage in the Ashbourne News Telegraph revealed a night when absolutely nothing physically unusual happened but the ‘professionals’ using their ‘equipment’ uncovered all the secrets of the Town Hall.  Once I understood the burden of paranormal proof I realised that I have short-changed you dear readers. While wasting column inches on the here and now I have hidden my talent under a bushel. I too have supernatural abilities, powers, gifts …which defy logical explanation. I want to share them with you all.

For some time I have known that I have the ability to see the future. Many similar columnists restrict themselves to using astrology. I like to practice what I like to call ‘multidisciplinary’ paranormal readings. I take all the science behind astrology (literally all of it) and add the precision of card readings, looking at bumps on the head and even aurae. With the conditions being perfect recently for observing the Aurora Borealis in the night skies above Ashbourne I thought now would be a good time to give you a reading which is guaranteed to be at least 43.2% more accurate than your normal everyday horoscope.

Pluto is rising! Unfortunately in August 2006 the astronomy community decided it was no longer a planet, just a large rock amongst several similar large rocks in the Solar System. This is bad news for anyone who is planning to let a boulder 2.6 million km away govern their life. Alternatively it allows me to add the movements of Ceres, Eris, Charon etc to my star charts and pronounce with some certainty – carry on with doing the best you can and it’ll be all right-ish.

The star charts were quite unclear for Pisceans. I couldn’t predict anything with any precision so I decided to do a reading based on the cards. The confluence of Mrs Bunn the Baker and the Mini Cooper Top Trump with a water sign all augur well for a trip to Gingerbread cafe this morning for coffee and a custard tart. You won’t regret it.

Does the name Peter mean anything to you? Pete? Oh hang on…it may be Pat, Paddy, Patrick or Patricia. We’ve got a right one here: are you trying to tell me that amongst all your relatives past or present you haven’t got any of these? We’ll go for the letter P then. Did you ever know anyone who had a letter P in their name? What about B…it sounds a bit like P.

Someone close to you has had a burning question which they haven’t been able to answer. The answer will be one of:

A. No. Not during daylight and not when your neighbour has the washing out

B. They probably should go and see a doctor to get some ointment

I’m struggling to remember them all now. I’ll have to enter a trancelike state to get through the rest

A large slow-moving distant, but certainly not heavenly, body is having a malign influence on your life. It governs where you can live, where you can shop and the environment you raise your family. Still, what’s Council Tax for?

What better star sign to investigate the strange goings-on at night in the Town Hall? Rumour has it that the phenomena often start at 7pm and finish around 8:30pm. There are strange utterances, lots of empty chairs, unexplained powers and no members of the public there to witness them.

Your lucky numbers for Saturday’s lottery will be 2, 9, 21, 23, 33 and 47. Your lucky colour is a delicious shade of beige. Your birth stone is coal and today’s lucky letter is J. If you are a miner called Jack with poor taste in decor buy a ticket now.

Taurus is the sign represented by a large bovine, horned beast – but I think we all recognise bull when we see it don’t we? Don’t we?

/kʊk/ Not a chef, not an epicure, not a foodie. Just one who likes to prepare food – What really happens in the kitchen and on the high street is what I write about. Follow me on Twitter @Justaukcook and on https://www.facebook.com/justaukcook
View all posts by justaukcook →
This entry was posted in Opinion and tagged Ashbourne Town Hall, ghosts, Horoscopes, paranormal, psychics, spirits. Bookmark the permalink.